Body Language Is Free on Smashwords 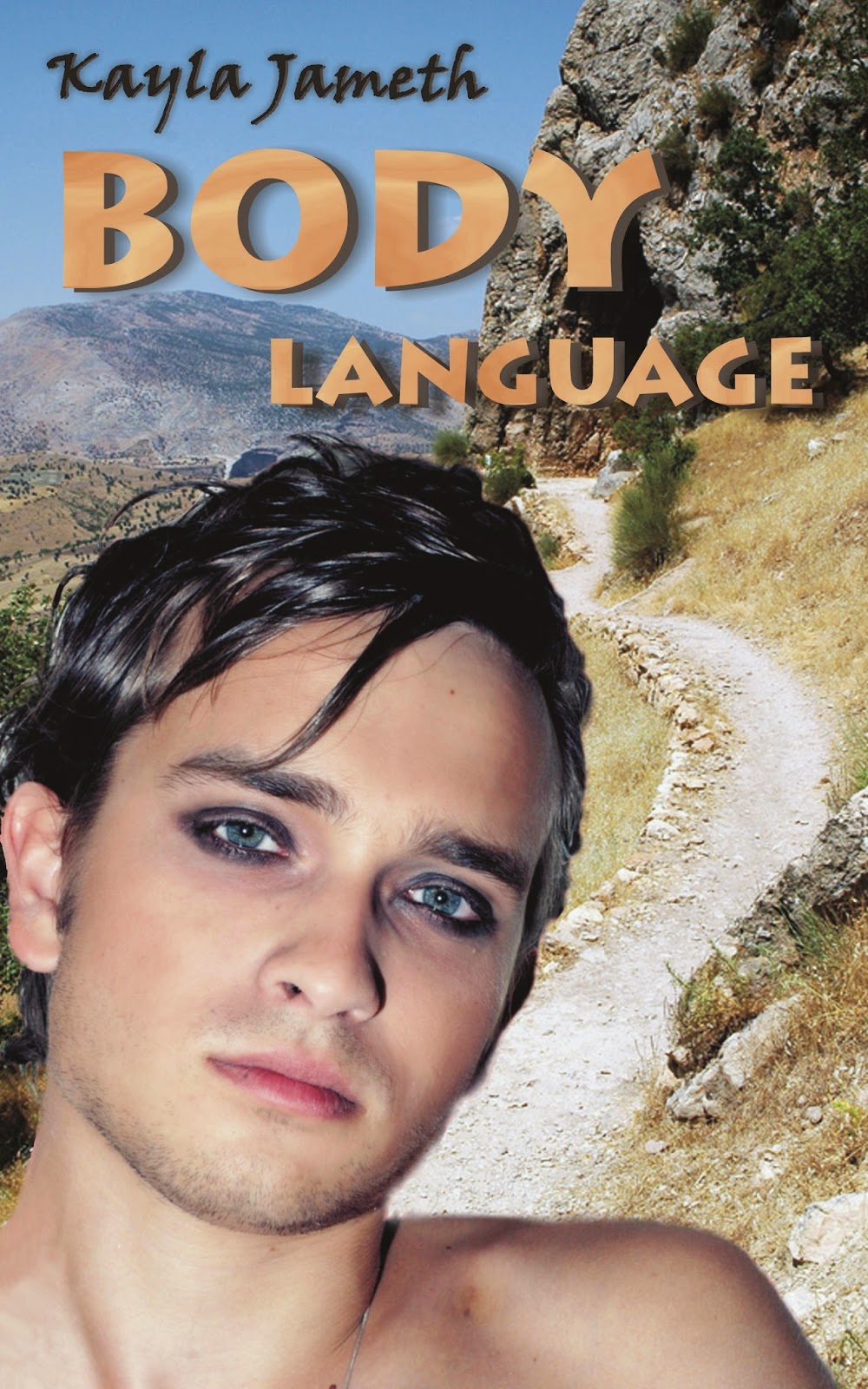 Body Language takes place in Lydia—a kingdom in Asia Minor (now part of modern Turkey) that was conquered by Cyrus the Great during the 6th century BC and became part of the Persian Empire.

Years later, Lykos, the son of the king of the Thracian city-state, Aenus, is travelling incognito through the conquered province. To avoid arousing questions as to why he is there, he is only accompanied by the Persian, Narses, a friend of his father. Hearing cries for help, the two men intervene. They are too late to save a merchant and his slave, but they arrive in time to prevent bandits slaying the third member of the party.

Kas recently lost his family and was grateful to be travelling under the protection of Tahmasp. Now the merchant is dead, his future is once more under threat. He would like nothing better than to remain with the handsome warrior, but how can he explain that to a man who speaks little but Greek?
Posted by Kayla Jameth at 8:17 PM No comments: 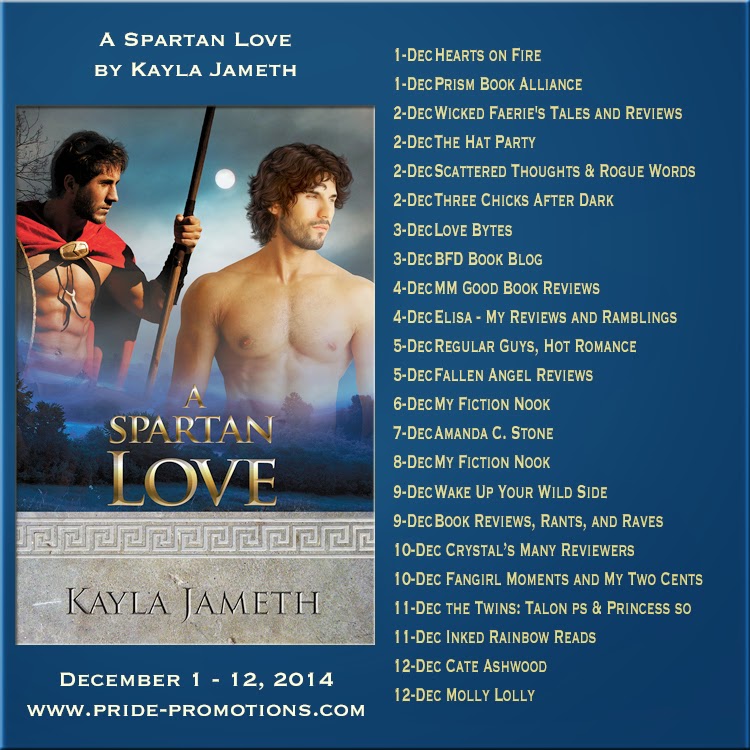 Be sure to stop at every blog as they each have a different excerpt from the book. Plus comment to enter the raffle for an ARe Gift Certificate. 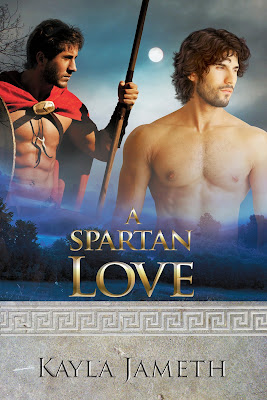 Alone, Andreas toils on a remote farmstead for a Spartan overlord. When a kryptes enters his world, Andreas fears for his life. The dread warriors stalk and kill helots—like Andreas' father—as part of their training.

Andreas sees only one way to save himself: he must tame the fearsome warrior.

But what began as self-preservation develops into attraction. Yearning for the company of someone other than his ferret Ictis, Andreas decides to trust the Spartan warrior and risk the fate that claimed his father.

Born to rule by the sword, Theron sees the world as his and acts accordingly, taking everything Andreas offers and reaching for more. However, love between men in Sparta is considered shameful and requires either exile or suicide to redeem Sparta’s honor. Now, only the gods can save them from the terrible price Sparta extracts from men who desire other men. 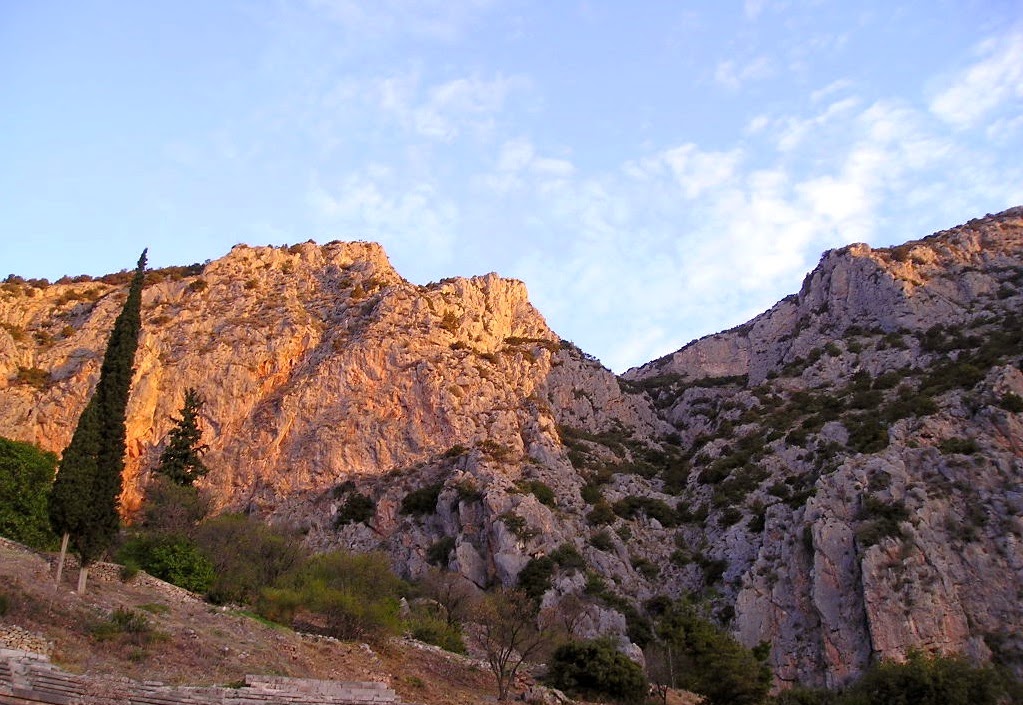 I'm sorry I've been a bit—okay, a lot—remiss in my blogging. I'll just make my excuses right now. I've been busy. Not just with getting A Spartan Love ready for release on December 8th, but with a myriad of other projects.

I'm polishing up a short story freebie called Body Language set in the world of Apollo's Men. It takes place about 15 years before Alexios' Fate and follows King Lykos while he was still a prince traveling in Lydia. I hope to have it ready for download soon.

Young Prince Lykos lives in Thrace, the part of Greece closest to Asia Minor. He is rightly concerned that the encroaching Persian Empire has set its eyes on Greece, and decides to travel through the Satrapy of Lydia to get an idea of what the Persians are planning.

Lykos is traveling to Sardis when he happens upon bandits attacking some travelers in a mountain pass. He rescues the young man, but finds himself dealing with a language barrier.

Body Language is a story about overcoming obstacles and differing backgrounds.

I'm also working on the sequels to A Spartan Love: A Tested Love and A Shared Love. I hope to have them ready to sub before too long.

And of course, the A Spartan Love blog tour to beat all blog tours. Stay tuned for more on that.
Posted by Kayla Jameth at 9:42 AM No comments: