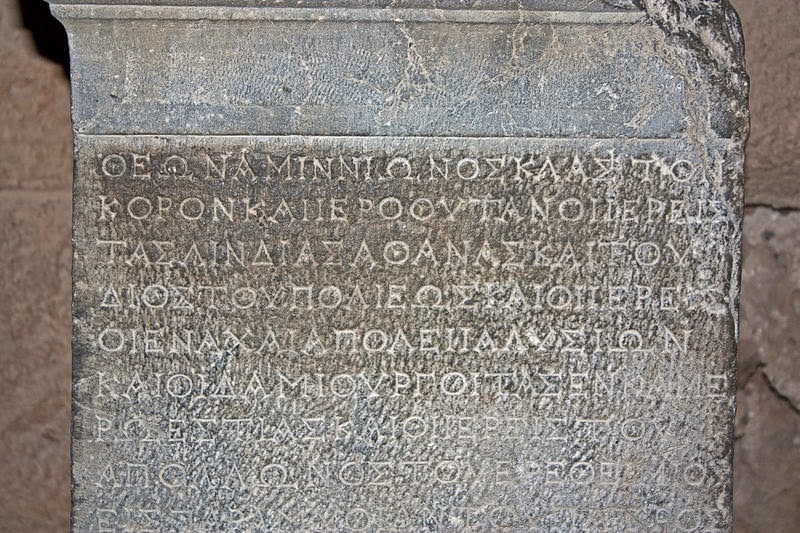 My personal soapbox: That word’s too modern. And the implication—not Greek enough.

Newsflash! Every English word is at least two millennia too modern. I have to use English words that my audience will understand. So Old English is out. I could use ancient Greek, but who other than scholars could read my story?

So I use mostly modern English. I throw in older forms of words and sentence structure to give the appropriate “feel”. But even that doesn’t always work. Sometimes the opposite problem comes into play. Some English words have older meanings that have fallen out of use. When I use them in this fashion, I’m told I’ve used the word incorrectly because the modern meaning is ____, ie that word is “too old.”

I have to walk the fine line of old enough to sound right, and modern enough for readability. Some days it drives me nuts.

I’ve used the word “kudos” and was told it was too modern. It’s a Greek word first used in English in 1799, but I’m pretty sure the Greeks have been using it much longer.

When I use the work “fuck”, people get all up in arms about it. Even though it is centuries old. The first recorded use was in 1535. Do you really think they weren’t saying it long before someone decided to scribble it down? So… NOT a modern word. It’s older than most of the other words in the story! And it is an appropriate word. You are correct—it is a translation. As are all the other words in the story, with the exception of a handful of Greek words I insist the reader learn. But since I don’t know Greek, the rest of the story is in English.

Not everything in ancient Greek literature is a euphemism. Homer used them because he was performing in front of an audience, trying to make a living in an older age. But others? Just read Aristophanes. Man could cuss with the best of them. They used coarse words for sex, sexual organs, and a lot of potty humor. If that is making it into print, you can rest assured that just as bad, if not worse, was coming out of people’s mouths.

Read the Priapeia, a collection of the vulgar epigrams attributed to the god Priapus, he of the huge cock, in which he threatens sexual assault on anyone who trespasses on any boundary he was protecting. This was more along the lines of a sacred text! 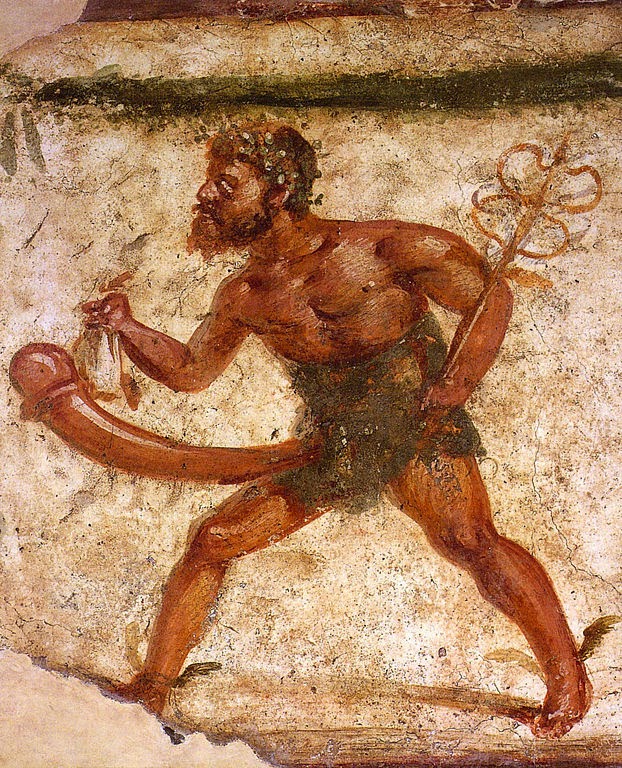 “I warn you, boy, you will be screwed; girl, you will be fucked;
a third penalty awaits the bearded thief.
If a woman steals from me, or a man, or a boy,
let the first give me her cunt, the second his head, the third his buttocks.
My dick will go through the middle of boys and the middle of girls,
but with bearded men it will aim only for the top.”
- Craig A. Williams, Roman Homosexuality: Ideologies of Masculinity in Classical Antiquity, p. 21. Oxford University Press US, 1999.

The impressive list of curses, profanity and vulgarity used in Attic comedies makes modern day obscenity sound lacking by comparison. So when I use “fuck”, “shit”, “cock”, etc, those are words the “common man” or common ancient Greek man would have used. Would he have waxed flowery and used a ton of purple prose? Maybe if women were present (his wife and daughters—he wouldn’t have been allowed anywhere near another man’s women, unless he was in Sparta).

But two guys talking? Do you really think they would have broken the euphemisms out? They sure didn’t bother when it came to graffiti that has outlasted them. But what you put on paper (more or less, signing your name to it) and what you say when you’re hanging out with the guys are two different things.

It’s all really perception. Just because the word exits in the modern world, doesn’t meant it wasn’t used in the ancient. The more we are different, the more we are the same.
Posted by Kayla Jameth at 7:29 AM No comments: