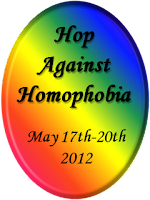 Back in the early 80's when I went to college, I had a close friend, Mike, who I hung out with every weekend and most evenings. We always hit the parties and danced all night. But at the end of our sophomore year, we both transferred to different schools. I because I needed a less expensive school. And he because the college asked him to leave.

Mike was pissed off about it. I was there for him, but he made it clear that he didn't want to discuss it.

Years have passed and one day I stumbled across his FB wall. We said hi, but it had been decades so we left it at that. I did however take a look at his info. I think I now know why he was so pissed off.

Mike is gay. I had no idea at the time. In fact, I was a young naive country girl so I would have never thought to wonder if anyone was gay. Now I think I might have figured it out, but who knows? Mike was my friend and that was good enough for me.

I think he was asked to leave the college because he was gay. It was a very small private college and I think the "right people" had been made aware of his sexuality. If I had known, I would have been pissed off too.

I guess I just don't understand what the big deal is. I don't get the fascination some people have with what's going on in someone else's bedroom. What does it matter? It's no one's business what others do as long as it isn't causing harm.

Gay individuals aren't trying to peek into my bedroom, so I think it's only right that I return the favor. It's the good old Golden Rule. And the world would be such a better place if they still taught that concept in school.

For more links go to the Hop Against Homophobia page: http://hopagainsthomophobia.blogspot.com/

For a chance to win an ebook copy of Alexios' Fate, please comment below with your email address.
Posted by Kayla Jameth at 9:57 PM

Email ThisBlogThis!Share to TwitterShare to FacebookShare to Pinterest
Labels: Alexios' Fate, Give Away, Hop Against Homophobia