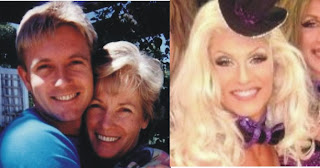 One of the stars of “Leather+Lace” is the Hotel Paradiso. The opening scenes take place in the run down hotel up near Sydney’s notorious Kings Cross. 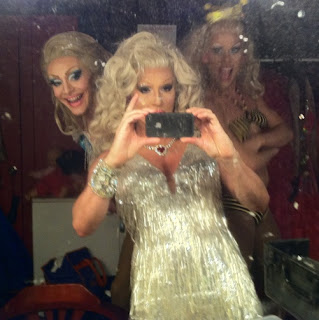 Drag is a very obvious part of Sydney’s gay nightlife. Later in the story, I mention two of Sydney’s much loved drag queens: Amelia Airhead and Minnie Cooper. These represent two distinct shades of the drag spectrum. Amelia, (who is just as gorgeous in real life) is the truly glamorous variety. Not trying too hard, just disgustingly beautiful. Minnie Cooper on the other hand (who I've never seen out of drag so I can’t comment here) is more the in-your-face bitch-queen-from-hell variety.

There are a few venues around that they perform at. Thursdays are drag nights at Arq described as Sydney’s best gay nightclub. That’s where artists like Minnie Cooper can be found doing shows like ‘A Tribute to Katy Perry’ or a ‘Tribute to Britney’ (another favorite target). 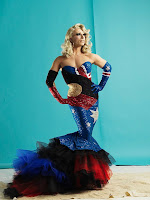 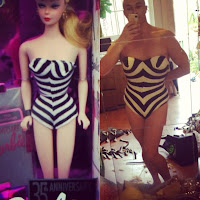 Another version of the drag queen is Daniel Cater’s alter ego, Dallas Dellaforce. Daniel sees himself as a Performance Artist rather than a drag queen. He is a keen student of glamour and recently sold out three nights of a show dedicated to this. He goes for “effects” and a certain look that he is trying to create. He also creates his own costumes. He attended the recent Mardi Gras (our Pride event) after party as Barbie and recreated one of her costumes. He’s fascinated by the Super Models like Linda Evangelista and manages to recreate their looks. 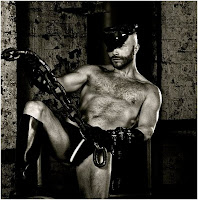 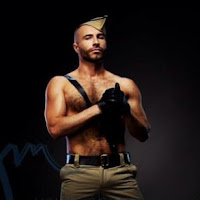 Note the scraps of material on the floor in the above picture and he made the gown based on the Aussie and Aboriginal flags. The thing I like about Daniel is that he can do the "effect" the other way and be the butchest male around as seen on the poster for a recent Sleaze Ball and another from a recent shoot. He's more how I see the male version of Stevie... 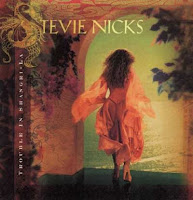 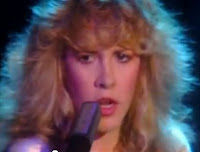 The final type of drag queen is the female impersonator, where it’s a musical performance and not so much cross dressing to scratch a sexual kink. That’s how I see Stevie. The clothes and the make-up give him the permission to break out of the straight jacket that he’d been forced into, but he still stays as close to the original as he can. Who, let’s face it, is beautiful and all the clothes and flowing scarves can hide his tattoos and butch physique. 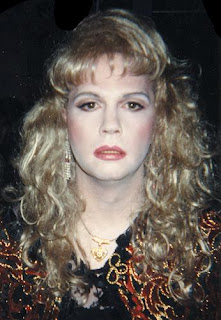 We don’t have any Stevie Nicks impersonators in Australia, but the US have a “Night of a Thousand Stevies.” http://www.mothernyc.com/stevie/ A guy called Todd Stephens did a fantastic rendition.

Drag queens and the guys who do drag have to be tough and usually are tough. They've had to be in life to survive. Rush Derr IV one of my Facebook friends is a great example and helped me a lot by describing his routine for getting ready for a performance. 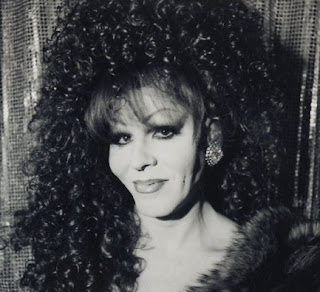 And for those who have been curious about how they manage to hide everything so effectively. When they’re cold a guy’s balls draw up into a cavity within their pelvis. So they can tuck them into there. Then they wedge their penis back into their ass crack. Some use tape to fix it into position, others just wear tight underwear. Stevie’s flowing clothes would have hidden that aspect, but according to Rush, any drag queen who doesn't tuck is not really a drag queen.

The contrast to the Drag Queens are the Leather Men who have parties like this: 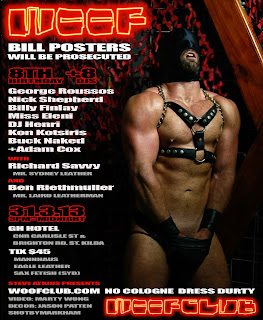 
So, I’d love to hear from readers what they think about drag queens. Love ‘em or hate ‘em? I’ll give away an ecopy of “Leather+Lace” to a lucky respondent.

Blurb: Swathed in chiffon and lace, Steven Stanhope owns the stage as Stevie Tricks, lip-synching the songs of the famous gypsy queen. But after he escapes an abusive Master/slave relationship, the only collar he'll allow around his neck is black velvet.

Instead of his ex-Master, Julius, Steve finds a tangled mess centered around another Master of Leather, Donato Rossi. In order to unravel their ties to the past, Steve and Don must find common ground and work together. In the process, they learn that when it comes to love, sometimes you have to make your own rules.