Seven lines from the 7th page of each manuscript, starting with the seventh line.
Apollo's Men #1, Alexios' Fate:
Lykos wore an intricately patterned chiton. Black and green Greek keys meandered along the selvages of the crimson linen. The folds of cloth fell from where the garment was pinned over his left shoulder with a bright bronze fibula to below his knees, leaving his right shoulder bare. A wide ox hide girdle supported a sheathed sword at his waist. Soft leather sandals encased his feet, supple sheepskin laces winding up calves like tree trunks. Alexios half expected him to wear a laurel wreath at his brow.
Even if his clothing hadn't marked him as the king, Alexios would have known by the way the older man held himself. Confidence and raw power spilled outward from him in an irresistible current, his authority clear for all to see. Gray touched his wind-tossed hair and beard and showed in the wiry curls on the side of his chest the chiton left bare. Lykos' broad shoulders and the corded muscles of his exposed arms and legs told the story of a life spent defending his kingdom.
Apollo's Men #2:
With a discomfited growl, he threw himself down on the pillows. Changing his mind, Alexios grabbed the drinking vessel and downed the contents in one long pull. Even then he couldn't swallow the knot in his throat no matter how he tried. A trickle escaped his mouth and ran down his chin.
He set the kylix down with a clatter, breathing heavily. He could feel the thick wine moving sluggishly through his blood. Maybe that would calm him some.
Lykos gazed at him, unspeaking. Speculation and some kind of understanding crossed his strong features.
From the Ashes:
"I don't need to go to the ball," Cinder started to say when she interrupted him.
"Oh, nonsense, dear. I promised to see you happy, and I won't let a little shyness on your part keep you from meeting your prince. He's been waiting for you, you know." She gently shooed him toward the front courtyard.
Prince? He didn't need a prince. He was a man. A princess would be nice, but what would he do with one of those?
"I really can't go..."
Morning Star:
Opening his mouth, Mark took Adonis' cock to the back of his throat, burying his nose in the nest of curls at its base. The sound that ripped from the other man's throat sounded almost painful. Knowing what it would do to the other man, Mark moaned his own appreciation as the cock in his mouth throbbed and twitched. More precum flooded his mouth.
Sucking hard enough to hollow his cheeks, Mark pulled back up. He swirled his tongue around the edge of the crown before pressing into the inverted v on the underside. The fingers in his hair clenched and pulled him down again. He repeated this several times before Adonis reverted to form and began fucking his face.
Posted by Kayla Jameth at 4:18 PM No comments:

Just finished editing Morning Star, the story inspired by this photo. It will appear in the Breathless Press birthday bash freebie collection releasing in August.

On another front, From the Ashes has a tentative release date of January 4th, 2013. I'm looking forward to editing and seeing how my story changes along the way.

Book two of the Apollo's Men series is about half way through the first rough draft. As usual, I'm spending as much, if not more, time on research than the actual writing. I guess it's a very good thing I love the research!

Finally, I have a story line called Fan Service that the owner of Breathless Press and I are discussing making available in an unique format that I thing fanfic readers will enjoy. More on that later if we hit upon a good format for doing it.
Posted by Kayla Jameth at 7:29 PM No comments: 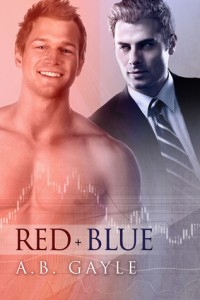 The latest novel by my good friend and mentor, AB Gayle, Red+Blue is up for Book of the Month (BOM) at the Goodreads M/M Romance group. Of course, I voted for her.

I'm about 70% through the novel and am enjoying it immensely. It is the first in her Opposites Attract series.

Here is the link to vote for Red+Blue:
http://www.goodreads.com/poll/show/67355-new-author-book-of-the-month-poll-the-nomination-categories-are-ge

Blurb:
Fresh from backwoods Minnesota, actuarial student Ben Dutoit is ecstatic to land a job with Sydney Sutherland Family Insurance, one of the few companies that offers life insurance to people in the high-risk category. The fact that he gets to work in Gay Central, aka San Francisco, is just the icing on the rainbow-colored cake. Ben sets himself just three goals: be out and proud enough to participate in the Pride parade; seek out the company of like-minded souls in the clubs; and maybe, if he’s lucky, fall in love.
But the men Ben meets are everything he’s not: suave, confident, sophisticated, and sexy. Unlike redneck Ben, they’re blue bloods from blue states, born with status, wealth, and the responsibility that comes with the package.
Ben’s still wondering if red and blue can mix when he discovers what risk really means. The global economy tanks. The job he looked forward to is in jeopardy, and every dream Ben ever had is threatened, especially love, the biggest dream of all.
Posted by Kayla Jameth at 9:43 PM No comments:

Cinder Has a Home! 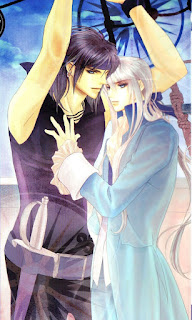 The manuscript I've been calling Cinder now has a home with Breathless Press. I don't have a release date yet, but will post it as soon as I have one.

From the Ashes
Cinder never thought that he could rise from the ashes of his life, but an unexpected encounter with a woman claiming to be his fairy godmother may be just what he needs. Finding himself flung into his very own fairy tale, she sends him off to meet his Prince Charming. But was the gown really necessary?
Posted by Kayla Jameth at 10:17 PM 4 comments: