For the Love of Bears 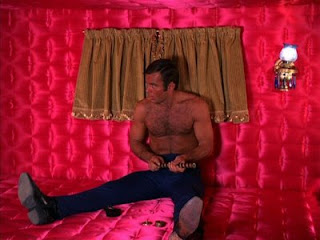 Please help me in welcoming Hank Edwards to the third day of the Bear Talk Blog Hop. He has some insights into his love affair with the furry men, a hot excerpt, and a chance to win "Bounty: Venom Valley Book 1".


The fine, silken threads of hair climbing up from beneath the collar of his T-shirt.
A soft brush of hair across his tanned forearm.
Three days' worth of stubble darkening his jawline, ready to graze my skin.
The whorls of fur that cover his broad chest, slide lower to gather in a soft, wiry clump at the base of his cock like a big, furry fist.
As the descriptions above support, I love hairy men. Always have, always will. There's something just so inherently masculine about men with hairy bodies that gets me. I love summer, when the college men are back home, perhaps working for a lawn service in tank tops and cargo shorts, their plump, furry calves dusted with grass clippings, or prowling the aisles of the local home repair, strong jaws shadowed with stubble, paint caught in the hair on their forearms.
Yeah, I know … it's an addiction. But it's been a lifetime's worth of addiction. Trying to pinpoint that moment in time when the attraction made itself known is like trying to finesse your first dream out of your memory. I do remember growing up a child in the late 70's, and being amazed at the buffet of men sporting body hair on TV and in movies. There was something so strong, so manly, so natural and animal about them it made all my special places tingle. 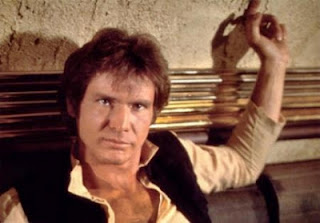 From weekend repeats of Wild, Wild West in which Robert Conrad wiggled into the tightest pants I'd ever seen and seemed to lose his shirt every third episode, to Lee Majors as Colonel Steve Austin in The Six Million Dollar Man and that fine patch of pelt he liked to flash, my young hormones were in a constant tailspin. When my mother chased me out of the house, I went to the movies, and there was Harrison Ford playing cocky, gorgeous space pirate Han Solo in Star Wars with his shirt open and his dark chest hair on display. While all the girls in school had pictures of young, pretty Luke Skywalker hanging in their lockers, I secretly craved some time in the secret floor compartments of the Millennium Falcon with Captain Solo where we'd have our own, private flesh saber duel. 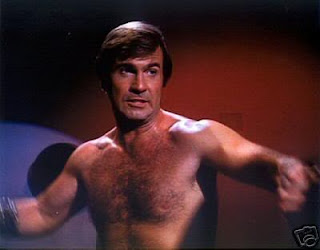 In the 80's, Gil Gerard appeared, starring in Buck Rogers in the 25th Century, and I sat close to the TV, eyes wide, paying close attention for those brief moments when he would strip off his shirt to display that soft brown veldt of fur. We didn't have DVRs back then; hell, the VCR wasn't even popular yet, so no hope for a quick rewind and screen freeze. During this time period, I grabbed as many glimpses of chest hair as I could, even Charleton Heston in the movie Planet of the Apes. I gotta tell you, I was practically screaming "PUT your paws on me, you damn, hairy ape!" 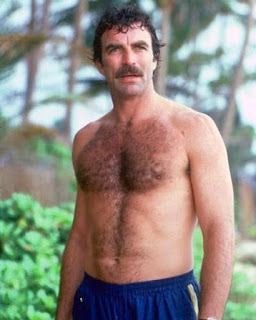 And then, the big guns appeared, and I knew I was completely lost. A little show titled Magnum, P.I., showed up and it starred the biggest, furriest, mustachioed man of the bunch. Tom Selleck. Gah. I'm surprised I wasn't dehydrated for those eight years that show was on.
The 90's and 00's were all about toned bodies and sleek skin. Hardly a patch of fur in sight. It was a dark time for the bear lover, but I hung in there. I went to bars and dated men, always feeling that special thrill when I would catch a glimpse of fur beneath his rayon shirt.
And now, I have settled into domestic life with a bear of my own, who also loves bears. We share pictures found on the web with each other, and point out hotties for each other when out in public. It's a very good thing, and I'm very fortunate. 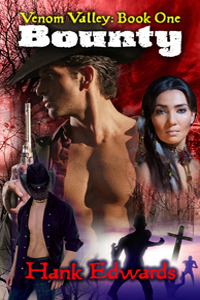 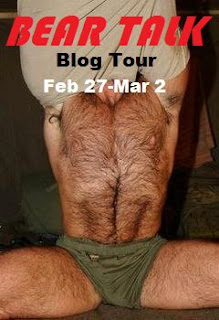 I am pleased to announce the first annual BearTalk Blog Hop. Today we kick off BearTalk, a week long event celebrating all things bear. Find out what we like about bears and the men and women who love them.

Be sure to check out all of the authors taking part in our blog hop. Don't forget to leave comments. There are prizes in the offing here. We did say it was a celebration!

Wednesday:
Margie Church will be with DC Juris at http://dcjuris.blogspot.com/.
Hank Edwards will be here with me.

Thursday:
Deanna Wadsworth will be with Hank Edwards at http://hankedwardsbooks.com/blog/.
Tom Webb will be with Louisa Bacio at http://louisabacio.blogspot.com/.

Friday:
Ike Rose will be with Margie Church at http://blog.romancewithsass.com/.
DC Juris will be with Deanna Wadsworth at http://deannawadsworth.blogspot.com/
DV Sadero will be here with me.
Posted by Kayla Jameth at 8:09 AM 2 comments: 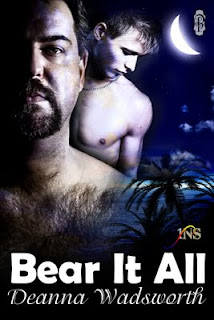 
Post a comment and you can win your own copy of BEAR IT ALL
You can find Deanna's other spicy stories at decadentpublishing.com or Amazon.com.
Stay tuned for ACCIDENTALLY BEAUTIFUL March 6th!!! 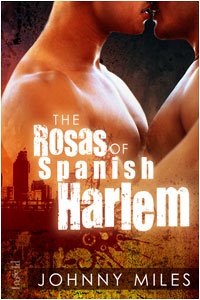 http://www.loose-id.com/The-Rosas-of-Spanish-Harlem.aspx
Posted by Kayla Jameth at 6:05 AM 5 comments:

My friend Deanna Wadsworth and I were talking about how bears don't seem to get their fair share of m/m lovin'. Originally Deanna was going to do a guest blog about bears and promo her new story "Accidentally Beautiful " the sequel to "Bear It All." But the more we talked about it, the more we decided that bears deserve more than a foot note. They deserve their own post.

So BearTalk was born, a multiple blog even from Feb. 27th through March 3.

Currently Deanna Wadsworth, Silvia Violet, and I are taking part. Several other m/m authors have been queried about being part of this. If anyone does want to join, either contact me or Deanna. Leaving a comment below is sufficient. 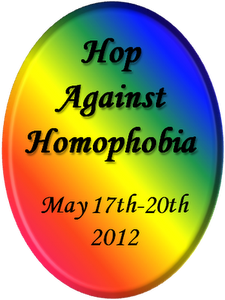 I joined the blog hop Hop Against Homophobia today.  Currently there are 51 participants. I'm sure that by the time May rolls around that number will have more than doubled.

Every one of the blog participants will be providing a m/m themed gift. I intend to offer a copy of "Alexios' Fate". I'm sure many of the other authors will be doing the same.

This will be a good chance for everyone to find out more about the International Day Against Homophobia, get to know more authors and win some books. Hope to see everyone there!