Bears He Has Known 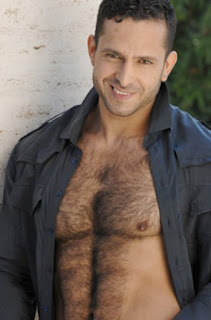 Help me in welcoming DV Sadero to the final day of the Bear Talk Blog Hop. His sci fi m/m novel "Revolt of the Naked" features numerous bears. He's telling us a little bit about the bears he has known.


And I thought bears were just part of my “real life,”  where I’ve always been attracted to beefy guys, firm-bodied, hairy, with  muscles a nice plus. 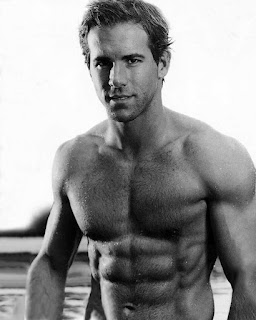 But it’s not just physical. I’m no fan of artifice or b.s. in relationships. If somebody insists so intensely on some affectation/pretense that the price of relating to him is constantly shoring up his illusions, well.... In short, for me, as a rough rule of thumb, the more “spectacular” the exterior of a person, the less there is inside. There are all kinds in the Bear World, as in any other, but I think it’s safe to generalize this far: Bears tend to favor a naturalness of masculinity, a gentle frankness, and a simplicity of dress. Three ways of coming on that combine beautifully, I believe. Laid-back without being snobbish or withdrawn or phoney, relating without b.s’ing, clothed to personal advantage but without excess or exaggeration.

And of course I really like to feel their weignt on me, in whatever position. But maybe that’s just me.

Hm, guess I’ve been lucky to have lived in San Francisco from back when: The Lone Star, opening in 1989, served not only to collect a lot of bears under one roof (and patio), but also to willy-nilly encourage the development of  bear life and ways. Now bears are everywhere, and so are bear bars and other meeting places. A few years ago a friend sent me some photos of the annual Gay Pride parade in Mexico City. One of them showed a group carrying a big length of sign:  OSOS DE MEXICO.

Give Away: Comment below and leave your email address for a chance to win a copy of his "Revolt of the Naked". It is available as either a Kindle eBook or as a paperback. 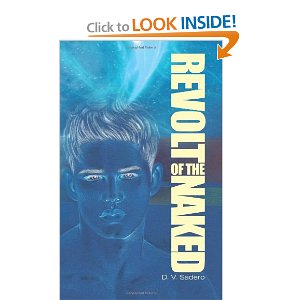 Blurb: The colonists on Talanta, man’s farthest reach into space from Earth, strive to continue the human race after a plague has left only males alive. A race of slaves is created, the Nakeds, who are unable to resist any order given them by their masters, the Freemen. Many of the Nakeds are worked to exhaustion and made to perform any sexual service their masters desire. Some colonists, refusing to accept slavery and unable to stop it, escape to a tropical forest and form their own settlement. The Nakeds are left completely at the mercy of their masters. Until an act of nature serves to reveal the closely held secret of their total obedience...

Email ThisBlogThis!Share to TwitterShare to FacebookShare to Pinterest
Labels: BearTalk, DV Sadero, Revolt of the Naked